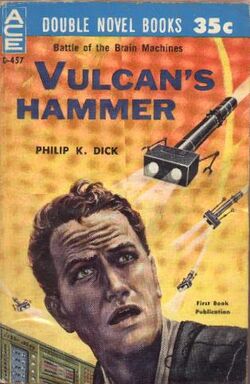 haaa haaa haaa Objective, unbiased and hyper-rational, the Vulcan 3 should have been the perfect ruler. The omnipotent computer dictates policy that is in the best interests of all citizens—or at least, that is the idea. But when the machine, whose rule evolved out of chaos and war, begins to lose control of the “Healer” movement of religious fanatics and the mysterious force behind their rebellion, all Hell breaks loose.

Written in 1960, Philip K. Dick’s paranoid novel imagines a totalitarian state in which hammer-headed robots terrorize citizens and freedom is an absurd joke. William Barrios, the morally conflicted hero, may be the only person who can prevent the battle for control from destroying the world—if, that is, he can decide which side he’s on.

Winner of both the Hugo and John W. Campbell awards for best novel, widely regarded as the premiere science fiction writer of his day, and the object of cult-like adoration from his legions of fans, Philip K. Dick has come to be seen in a literary light that defies classification in much the same way as Borges and Calvino. With breathtaking insight, he utilizes vividly unfamiliar worlds to evoke the hauntingly and hilariously familiar in our society and ourselves. 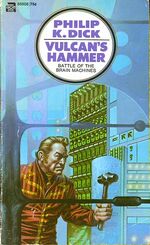 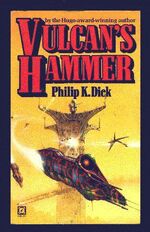 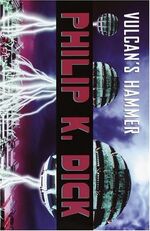