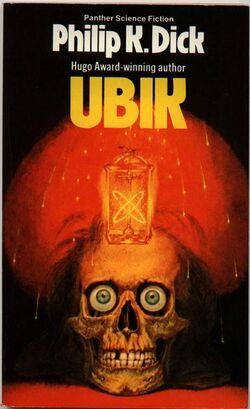 Ubik is a 1969 science fiction novel by American writer Philip K. Dick. It is one of Dick's most acclaimed novels. In 2009, it was chosen by Time magazine as one of the 100 greatest novels since 1923. In his review for Time, critic Lev Grossman described it as "a deeply unsettling existential horror story, a nightmare you'll never be sure you've woken up from".[1]

Glen Runciter is dead. Or is everybody else? Someone died in an explosion orchestrated by Runciter's business competitors. And, indeed, it's the kingly Runciter whose funeral is scheduled in Des Moines. But in the meantime, his mourning employees are receiving bewildering -- and sometimes scatological -- messages from their boss. And the world around them is warping in ways that suggest that their own time is running out. Or already has.

Philip K. Dick's searing metaphysical comedy of death and salvation (the latter available in a convenient aerosol spray) is tour de force of paranoiac menace and unfettered slapstick, in which the departed give business advice, shop for their next incarnation, and run the continual risk of dying yet again.

"Dick was the first SF writer to really get into playing with the heads of his readers, and getting them to think about the nature of reality and their perceptions. For this reason, his books never really grow stale -- you can come back to them years after the first reading and find new signposts directing you into previously obscure pathways of your own personality."

"It was written in the late 1960's but feels surprisingly modern with its paranoid futuristic visions. This quality has been emphasised in film adaptations of other Philip K. Dick novels. It makes you consider that perhaps the ‘K’ is for Kafka."

"Ubik is a journey that fascinates, bewilders and ultimately leads to eternal salvation. Many comedic elements together with serious themes and mind-bending science fiction make this a must-read for fans (or fans to be) of Philip K. Dick." 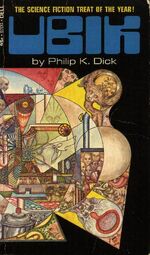 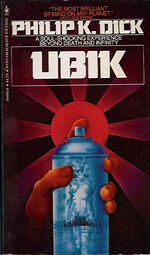 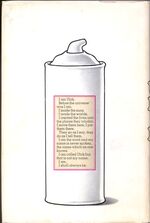 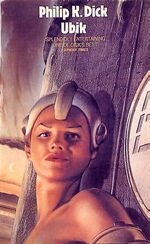 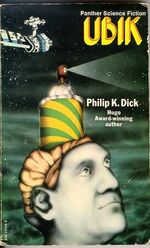 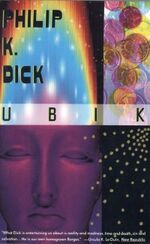 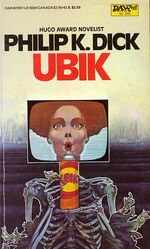 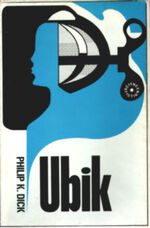