The World Jones Made

Edit
The World Jones Made 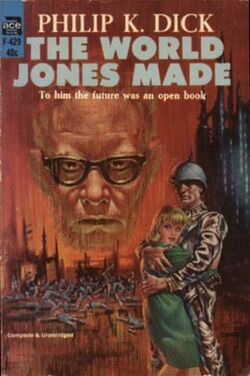 The World Jones Made is a 1956 science fiction novel by American writer Philip K. Dick, examining notions of precognition, humanity, and politics. It was first published by Ace Books as one half of Ace Double D-150, bound dos-à-dos with Agent of the Unknown by Margaret St. Clair.[1]

Floyd Jones is sullen, ungainly, and quite possibly mad, but in a very short time he will rise from telling fortunes at a mutant carnival to convulsing an entire planet. For although Jones has the power to see the future -- a power that makes his life a torment -- his real gift lies elsewhere: in his ability to make people dream again in a world where dreaming has been made illegal, even when the dream is indistinguishable from a nightmare.

In Philip K. Dick's unsettling chronicle of the rise and fall of a postnuclear messiah, readers will find a novel that is as minutely realistic as it is prophetic. For along with its engineered mutants, hermaphroditic sex performers, and protoplasmic drifters from the stars, The World Jones Made gives us nothing less than a deadly accurate reading of our own hunger for belief.

"The World Jones Made shows a great author finding his feet. He's still playing here with some of the themes that will form the backbone of later novels...the characters are uniformly well depicted, and the familiar themes of powerlessness and paranoia are already evident. It's gritty, but it's not utterly bleak; it's outré, but not completely nuts. All in all, a very accessible Dick novel." 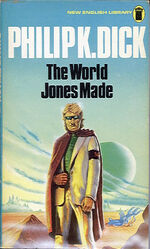 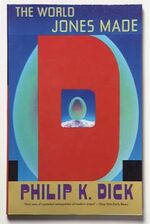 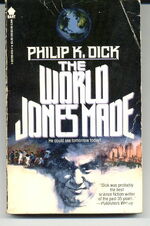 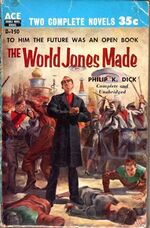 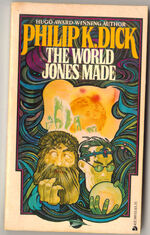 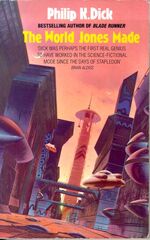