The Man Who Japed

Edit
The Man Who Japed 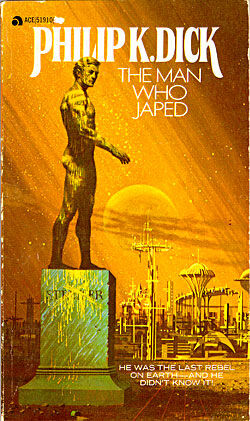 The Man Who Japed is Dick's mesmerizing and terrifying tale of a society so eager for order that it will sacrifice anything, including its freedom. Newer York is a post-holocaust city governed by the laws of an oppressively rigid morality. Highly mobile and miniature robots monitor the behavior of every citizen, and the s lightest transgression can spell personal doom. Allen Purcell is one of the few people who has the capacity to literally change the way of the world, and once he's offered a high-profile job that acts as guardian of public ethics, he sets out to do precisely that. But first he must deal with the head in his closet.

"It's a brilliant, sensitive, inspiring gem of a novel... Dick's writing is superb. Look at the lovely atmospheric detail he throws into this novel: the steam-powered Getabout cars with a top-speed of 35mph and drivers so incompetent in this future dystopia that panic sets in at 20mph and crashes are inevitable. Look at his characters: Janet his wife, Myron Mavis, Sue Frost, the incompetent Dr. Malparto, Fred Luddy, Tom Gates and Professor Sugarman. Look at how he describes the dysfunctional, dehumanized society with it's juveniles, its teenage Cohorts, it's terrible inefficiencies..." 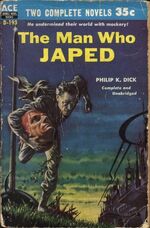 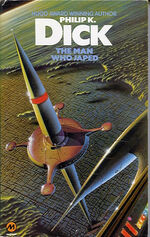 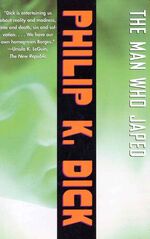