The Crack in Space

Edit
The Crack in Space

In The Crack in Space (also published as "Cantata-140"), a repairman discovers that a hole in a faulty Jifi-scuttler leads to a parallel world. Jim Briskin, campaigning to be the first black president of the United States, thinks alter-Earth is the solution to the chronic overpopulation that has seventy million people cryogenically frozen; Tito Cravelli, a shadowy private detective, wants to know why Dr Lurton Sands is hiding his mistress on the planet; billionaire mutant George Walt wants to make the empty world all his own. But when the other earth turns out to be inhabited, everything changes.

Winner of both the Hugo and John W. Campbell awards for best novel, widely regarded as the premiere science fiction writer of his day, and the object of cult-like adoration from his legions of fans, Philip K. Dick has come to be seen in a literary light that defies classification in much the same way as Borges and Calvino. With breathtaking insight, he utilizes vividly unfamiliar worlds to evoke the hauntingly and hilariously familiar in our society and ourselves.

"The Crack In Space is a good example of how Philip Dick is able to raise a lofty philosophical issue in the context of a dramatic and imaginative story. While the events move by at a frantic pace and are filled with suspense and creativity, one is never able to ignore the intellectual complexity of the circumstances or the consequence to the (existing) human race if these events were ever to unfold. Hidden among the futuristic mutants, instantaneous space and time travel and portals to alternate universes the message of The Crack In Space deals with the unlikely way which human history has unfolded." 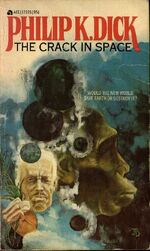 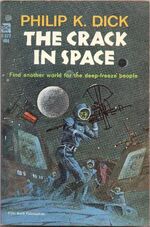 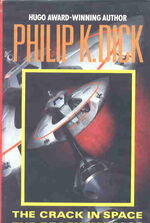 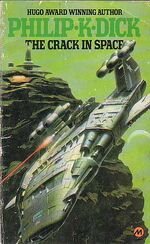 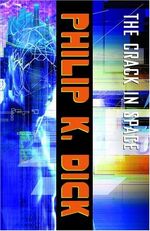