Start a Wiki
Screamers: The Hunting 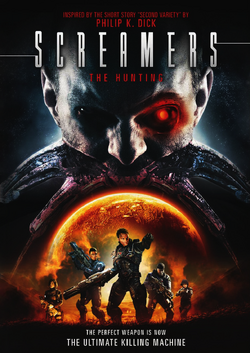 A group of humans arrive on Sirius 6-B to investigate an SOS signal sent out from the planet, which has been supposedly deserted since the destruction of the man-made weapons known as "screamers." Once the squad arrives, they find a group of human survivors eking out an existence in an old military outpost, but more important, they discover that the threat of the screamers has become even more insidious, now that they're able to morph into human form.[1]

Retrieved from "https://pkd.fandom.com/wiki/Screamers:_The_Hunting?oldid=4690"
Community content is available under CC-BY-SA unless otherwise noted.