Welcome to PKD-pedia: a collaborative encyclopedia created by the fans, for the fans, and dedicated to housing a useful and informative database for the collective works of Philip K. Dick and the film adaptations they've spawned.

For more information about how you can get started here, please check the "Helping Out" section below.
Thanks for stopping by! 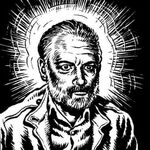 Philip K. Dick was an American novelist, short story writer and essayist whose published work is almost entirely in the science fiction genre. He explored sociological, political and metaphysical themes in novels dominated by monopolistic corporations, authoritarian governments and altered states. Many of his works have been turned into films.
Read More 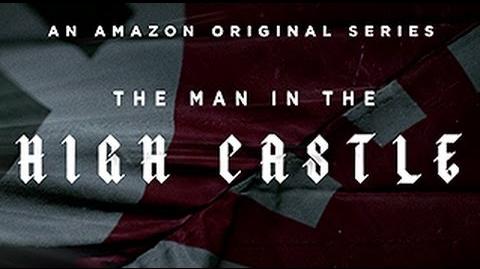 The Game Players of Titan is a 1963 novel by Philip K. Dick that embodies all of the classic elements of a Dick novel, including a "post-apocalyptic setting, self destructive male characters, confusion as to what is real", etc. As the story goes, protagonist Pete Garden has just lost Berkeley and his wife, but he'll get a new one as soon as he rolls a three. It's all part of the rules of Bluff, the game that's become a blinding obsession for the last inhabitants of the planet Earth. But the rules are about to change--drastically and terminally--because Pete Garden will be playing his next game against an opponent who isn't even human, for stakes that are a lot higher than Berkeley.
Read More

Total Recall is a 2012 remake of the 1990 science fiction action film (starring Arnold Schwarzenegger) of the same name, both of which are based on the novelette We Can Remember It For You Wholesale by Philip K. Dick. The remake will star Colin Ferrell as protagonist Doug Quaid/Hauser (a construction worker who discovers that he is actually a secret agent, who then travels to Mars to discover his true identity), Kate Beckinsale as Lori, and Bryan Cranston as the villain Vilos Cohaagen. Other cast members include Jessica Biel, John Cho, Bill Nighy, and Ethan Hawke. The film will be released on August 3rd, 2012.
Read More

Our goal is to collaborate with other fans in order to build a reliable, accurate resource with as much detailed information about episodes, characters, and story elements as possible. All are welcome to join in and contribute here, so long as edits are constructive, discussions are positive, and both are relevant to the works and worlds of Philip K. Dick.

We are currently housing 91 articles, and 296 files.

We need YOU to help us expand and add articles to this wiki!

If you're new to Wikia, please use the above links to get started.
If you already have editing experience, and you have an article relating to Philip K. Dick to contribute, use the box below to create it: <createbox>width=30</createbox>


Please keep in mind that over 50% of Wikia visitors access content via mobile platforms such as tablets and smartphones. Some custom templates may not properly show on mobile devices. To make sure everything looks great to all visitors, follow our best practices.

If you're looking to help with cleanup, you can start here:

Article stubs | Wanted pages | Orphaned pages | Dead-end pages | Broken redirects
Check out the community portal to see what the community is working on, to give feedback,
or just to say hi.
PKD Chat

Len Wiseman's Total Recall remake is finally here! After a great deal of speculation, we finally get to see how it stacks up against the original. So, how good is the movie according to the critics? …

According to director Len Wiseman, the new Total Recall remake - starring Colin Farrell and Kate Beckinsale (in a rare villainous role) - is going in a "different direction" from the original fil…
Read Full Post
See more >


PKD in the News

New Trailer For The Documentary A GLITCH IN THE MATRIX - What If We're in a Computer Programmed Reality? — GeekTyrant  GeekTyrant...

19 of the best TV shows to see on Amazon Prime Video  CNET...

The Man In The High Castle: Ranking Each Main Character's Arc  Screen Rant...