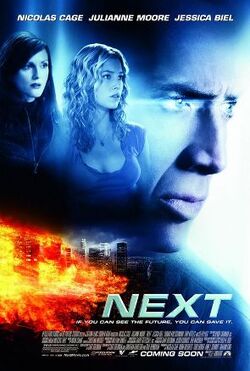 Director
Lee Tamahori
Writer
Exec. Producer
Based on
The Golden Man
Tagline
If you can see the future, you can save it.
Released on
April 27, 2007
Runtime
96 minutes
Budget
$70 million
Gross
$76,066,841
IMDb Entry

Next is a 2007 film starring Nicolas Cage based on the Philip K. Dick short story/novelette called The Golden Man, which was published in 1954. The film centers around a man with the ability to see the future and change the outcome of events before they occur who is forced to choose between saving himself and saving the world.

Cris Johnson (Nicholas Cage) is a Las Vegas magician who possesses the unique ability to witness the events of the immediate future moments before they happen. As a child Cris was subjected to a series of cruel experiments by government scientists and doctors, but a change of name and a new identity allowed the tortured psychic to elude detection and start a new life away from the prying eyes of his former captors. Though his clairvoyant vision only extends a few minutes into the future, it has still allowed Cris to eke out a living as a low-rent Las Vegas magician while earning a little extra cash at the blackjack tables. Up to this point in his life Cris has never used his power for anything substantial, but when he experiences a vision of Los Angeles being incinerated in a nuclear holocaust, the small-time magician realizes that he could hold the key to saving millions of lives. But as low as he has tried to lie in recent years, Cris has never completely escaped detection by the government. Now, as terrorists prepare to unleash the ultimate horror on an unsuspecting city, FBI counter terror agent Callie Ferris (Julianne Moore) sets out to capture Cris and convince him to use his exceptional gift to prevent the nuclear nightmare from becoming a terrifying reality.[1] 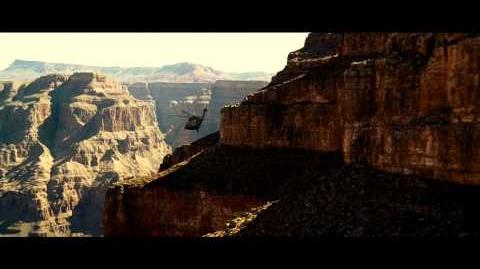