King of the Elves (film)

Edit
King of the Elves 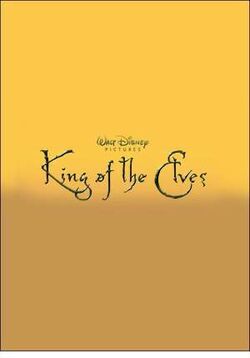 King of the Elves is indefinitely in development.

Based on Philip K. Dick's 1953 short story The King of the Elves, an animated film adaption is in development by Walt Disney Animation Studios. The project has been an on again / off again struggle throughout its production and development,[1] since April 2008.

Originally slated for release in 2012, the film was reported as shelved in December 2009.[2] By July 2010, King of the Elves had gone back into development to be directed by Chris Williams, director of Bolt.[3][4] About a year into Williams' effort, he decided that this was not the film he wanted to make and left the project.[5]

Philip K. Dick's short story becomes the basis for this fantastic and imaginative tale about an average man living in the Mississippi Delta, whose reluctant actions to help a desperate band of elves leads them to name him their new king. Joining the innocent and endangered elves as they attempt to escape from an evil and menacing troll, their unlikely new leader finds himself caught on a journey filled with unimaginable dangers and a chance to bring real meaning back to his own life.[6]