Eye in the Sky

Edit
Eye in the Sky 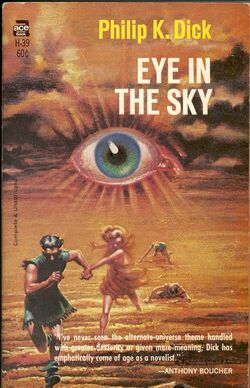 While sightseeing at the Belmont Bevatron, Jack Hamilton, along with seven others, is caught in a lab accident. When he regains consciousness, he is in a fantasy world of Old Testament morality gone awry—a place of instant plagues, immediate damnations, and death to all perceived infidels. Hamilton figures out how he and his compatriots can escape this world and return to their own, but first they must pass through three other vividly fantastical worlds, each more perilous and hilarious than the one before.

"Bravo! Philip K. Dick has done it again. Eye In The Sky made me feel like I was reading my first PKD novel. This story grabbed my attention and held it up to the very end. He creates a story that makes profound sense in a context where logic and rational perception are dismissed. This represents the true art of Dick's fiction and can be seen in many of his novels which followed."

"This book frequently feels like a bad dream, which is one of the qualities of Dick's writing that I really enjoy." 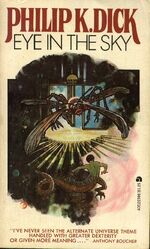 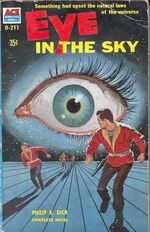 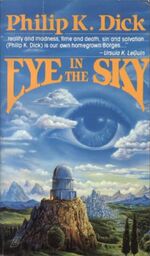 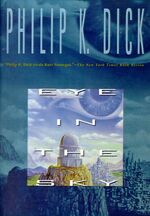 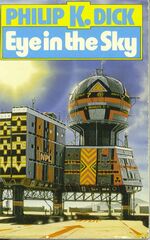