Do Androids Dream of Electric Sheep?

Edit
watch 01:25
Jurassic World: Dominion Dominates Fandom Wikis - The Loop
Do you like this video?
Play Sound
Do Androids Dream of Electric Sheep? 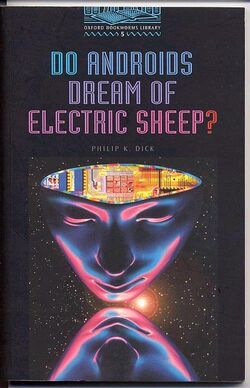 Do Androids Dream of Electric Sheep? (retitled Blade Runner: Do Androids Dream of Electric Sheep? in some later printings) is a science fiction novel by American writer Philip K. Dick, first published in 1968. The novel is set in a post-apocalyptic San Francisco, where Earth's life has been greatly damaged by nuclear global war. Most animal species are endangered or extinct from extreme radiation poisoning, so that owning an animal is now a sign of status and empathy, an attitude encouraged towards animals. The book served as the primary basis for the 1982 film Blade Runner, and many elements and themes from it were used in its 2017 sequel Blade Runner 2049.[1]

In post-apocalyptic 1992 (2021 in later editions),[2] after "World War Terminus", the Earth's radioactively polluted atmosphere leads the United Nations to encourage mass emigrations to off-world colonies to preserve humanity's genetic integrity. This comes with the incentive of free personal androids: robot servants identical to humans. On Earth, owning real live animals has become a fashionable status symbol, because of mass extinctions and the accompanying cultural push for greater empathy, which has coincidentally motivated a new technology-based religion called Mercerism. Mercerism uses "Empathy Boxes" to link users simultaneously to a virtual reality of collective suffering, centered on a martyr-like character, Wilbur Mercer, who eternally climbs up a hill while being hit with crashing stones. In terms of the owning of live animals, poor people can only afford realistic-looking electric imitations of animals. Rick Deckard, for example, owns a robotic black-faced sheep. The story also contains passing mention of "Penfield mood organs", similar to mind-altering drugs in other Dick stories, and used as a technology for inducing any desired mood among people in its vicinity.

Bounty hunter Rick Deckard signs on to a new police mission in order to earn enough money to buy a live animal to replace his lone electric sheep, seeking greater existential fulfillment for himself and his depressed wife, Iran. The mission involves hunting down ("retiring") six Nexus-6 androids that violently went rogue after their creation by the Rosen Association and fled Mars for Earth. Deckard visits the Rosen headquarters in Seattle to confirm the validity of a question-and-answer empathy test: the typical method for identifying any androids posing as humans. Deckard is greeted by Rachael Rosen, who quickly fails his test. Rachael herself attempts to bribe Deckard into silence, but he verifies that she is indeed a Nexus-6 model used by Rosen to attempt to discredit the test.

Deckard soon meets a Soviet police contact who turns out to be one of the Nexus-6 renegades in disguise. Deckard retires the android, then flies off to retire his next target: an opera singer android. However, he is suddenly arrested and detained at a police department he has never heard of by a police officer whom he is surprised never to have met. At this strange station, Deckard's worldview is shaken when an official named Garland accuses Deckard himself of being an android. After a series of mysterious revelations at the station, Deckard ponders the ethical and philosophical questions his line of work raises regarding android intelligence, empathy, and what it means to be human. Phil Resch, the station's resident bounty hunter, retrieves testing equipment to determine if his coworkers—including Deckard and Resch himself—are androids or humans. Garland subsequently reveals that the entire station is a sham, staffed entirely by androids, including Garland himself. Resch shoots Garland in the head, allowing him and Deckard to escape; together, they find the opera singer, whom Resch brutally retires in cold blood. Although Resch and Deckard are now collaborators, each still worries that he (or the other) might be an android. Deckard administers the empathy test to himself and to Resch, which confirms that Resch is a human being—simply a particularly ruthless one—and that Deckard is also human, but with a sense of empathy for the androids.

Only three of the Nexus-6 android fugitives remain, and one, Pris Stratton, moves into an apartment building whose only other inhabitant is John R. Isidore, a radioactively damaged, intellectually below-average human classified as a "special." The lonely Isidore attempts to befriend her. Roy Baty and Irmgard Baty, the final two rogue androids, visit the building, and together they all plan how to survive. Meanwhile, Deckard buys Iran an authentic Nubian goat with his reward money. After quitting, Deckard is pulled back in after being notified of a new lead and experiencing a vision of the prophet-like Mercer confusingly telling him to proceed, despite the immorality of the mission. Deckard calls on Rachael Rosen again, since her own knowledge as an android will aid his investigation. Rachael reveals that she and Pris are the same exact model, meaning that he will have to shoot down an android that looks just like her. Rachael coaxes Deckard into sex, after which they confess their love for one another. However, she reveals she has slept with many bounty hunters, having been programmed to do so in order to dissuade them from their missions. He threatens to kill her, but instead he abruptly leaves.

Isidore develops friendships with the three android fugitives, and they all watch a television program giving definitive evidence that Mercerism is a hoax. Roy Baty tells Isidore that the show was produced by androids to discredit Mercerism and blur the distinction with humans. Suddenly Deckard enters the building, with strange, supernatural premonitions of Mercer appearing to both him and Isidore. Since they attack him first, Deckard is legally justified as he shoots down all three androids without previously testing them. Isidore is devastated, and Deckard is soon rewarded for a record number of Nexus-6 kills in a single day. When Deckard returns home, he finds Iran grieving because Rachael Rosen recently showed up and killed their goat.

Deckard goes to an uninhabited, obliterated region of Oregon to reflect. He climbs a hill when he is hit by falling rocks and realizes this is an experience eerily similar to Mercer's martyrdom. Rushing back to his car, he stumbles abruptly upon a toad, an animal previously thought to be extinct, and one of the animals sacred to Mercer. With newfound joy, Deckard brings the toad home, where Iran quickly discovers it is just a robot. While Deckard is unhappy, he decides that he at least prefers to know the truth, making the remark that "the electrical things have their lives too, paltry as those lives are".

"It would be hard to find a reader of science fiction who would disagree that Philip K. Dick's Do Androids Dream of Electric Sheep? is a classic in the genre. It has all the elements of a great work of science fiction. It works on many levels and addresses a range of humanity's most pressing concerns. It is heavy in drama but also asks profound philosophical questions. The character development in this novel is as good as any I've read in a PKD book and the story draws on many of Dick's common themes. The story and drama of Do Androids Dream of Electric Sheep? are perfect for Hollywood but also make intense observations about the nature of life, religion, technology and the human condition."

"The last 50 pages of the book are deeply, deeply moving, even though I often could not explain to myself why I was so moved. When I finished the book, I had to sit down and just stare out into space for a while. And then I had to think. It's not often you come across a book like this. Read it now." 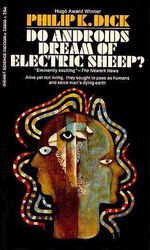 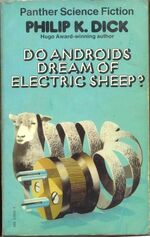 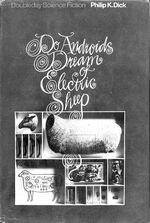 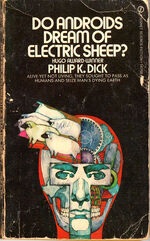 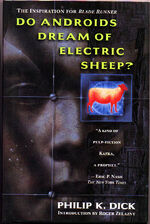 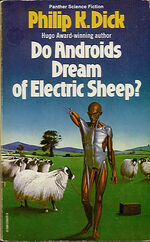 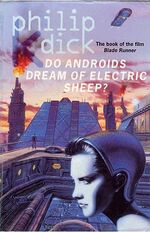