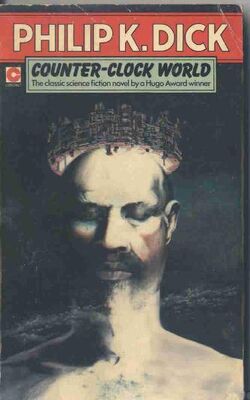 In Counter-Clock World, one of the most theologically probing of all of Dick’s books, the world has entered the Hobart Phase–a vast sidereal process in which time moves in reverse. As a result, libraries are busy eradicating books, copulation signifies the end of pregnancy, people greet with, “Good-bye,” and part with, “Hello,” and underneath the world’s tombstones, the dead are coming back to life. One imminent old-born is Anarch Peak, a vibrant religious leader whose followers continued to flourish long after his death. His return from the dead has such awesome implications that those who apprehend him will very likely be those who control the fate of the world.

"Counter-Clock World is a unique sci-fi story that also incorporates all the depth and reckless imagination that fans of Philip K. Dick know and love. Building off the basic premises of one or two major concepts, the story is a wild ride in which intrigue and deception gain a whole new meaning."

"The story is quickly-paced and sprinkled with characters as humanly engaging as they are often mysterious. If you’re interested in assessing the early work of one of science fiction’s enduring names, a trip through Counter-Clock World will provide a glimpse of a writer still working to gain command of his authorial tools while exhibiting the kind of imagination that keeps his books selling some twenty years after his death." 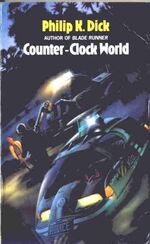 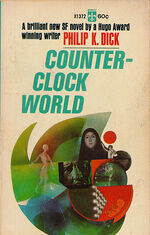 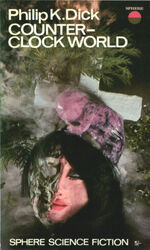 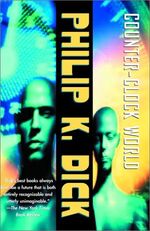